Another gloriously sunny day in the heart of the Peak District, on a day our 1sts game was postponed due their opposition having a positive COVID test result in their camp, despite the late notification, we hope everyone involved at New Mills are ok.

With Brian taking another day off, it was down to Stu Nock to once again take the reins, and as is often the case when Brian isn’t handling the toss, Chapel’s skipper John Theyer won it and put Stalybridge into bat.

Youngsters Lucas Hurrell and Aiden Theyer opened the bowling and were economical with their bowling, with Hurrell taking the first scalp of Jordan Elliott in the 5th over with some fumbling from Captain Theyer, to be rescued by his slip fielding partner Lee Storer to see the visitors 17/1.

Stalybridge didn’t really get going and were losing a wicket every 2 overs or so after, but as is often the case, it was the introduction of the captain to bowl (5-13 / 7) that brought the bulk of the wickets, the first of which of Stalybridge’s keeper Mike Hatton with a close LBW decision from Umpire Imran that was to spark a testy exchange between batsman and umpire, which bubbled over into the 2nd innings almost bringing Mr Sohail sending M Hatton junior off the field for dissent, thankfully this didn’t happen, but with the middle order and tail-enders not reaching double figures with the exception of Ned Woodland‘s 11*, it left Stalybridge all out for 79 in just 26 overs.

After the interval it was the job of the bowlers to try and rescue the match, and despite Muddy taking an early wicket of Max Newiss with a full toss taking the bails, Chapel’s wicket-keeper Stuart Barton, who already had had an excellent time behind the wickets played some excellent shots to the boundary in his hour at the crease putting a big dent in the required total with 43 in 54 deliveries.

It was with 21 runs required at the end of the 14th over that Martin Hatton brought back after not playing more than two games in about 6 years, took his two wickets of Ted Bradley and Mark Wagstaffe back-to-back, that started a glimmer of hope for the visitors; with Barton falling in the  following delivery, it looked like an unlikely collapse could be on, but Muddy’s further two wickets (4-35 / 10.2) couldn’t stop the inevitable, and Chapel’s Lucas Hurrell (8*) pushed the ball over the boundary to see the home side victorious 81/6.

Next week sees the 2s hosting Hazel Grove for the second time in a month, this time in the second round of the Kudos Drinks sponsored Hawke Trophy, hopefully with a better result than the first visit, where Hazel Grove took the spoils with a 7 wicket win.

Narrator: It wasn’t a better result.

On a beautiful day for cricket in sunny Dukinfield, Stalybridge Captain Brian Stone won the toss against a youth heavy New Mills, putting the visitors into bat, and it wasn’t long until 2nd bowling opener Ajeet Kaintura (sorry Ajeet!) struck in the 4th over, bowling Alex Bellis for 1, seeing the opposition 2/1.

It didn’t get much better for the visitors with the bowlers claiming a wicket approximately 1 per 2.5 overs with only their captain Philip Jackson and Alex Shaw reaching double figures with 11 and 15 respectively, due to some quality bowling from Madussar Bashir (3-10 / 8), Ajeet Kaintura (3-10 / 12) who is unfortunately due to fly back to India cutting his season short; stay safe buddy, and Ned Woodman (2-12 / 6), with cameos from spinners Jordan Elliott (1-1 / 2) and Tony (The Fly) Mooney (1-1 / 0.3) wrapping up the tail-enders to see New Mills dismissed for 52 runs in just 28.3 overs despite some comical fielding at times, as was evident in the 2 seconds after the above image was taken.

Stalybridge’s innings was shorter still with the home side knocking off the total in exactly 10 overs for the loss of just opener Stuart Nock, to be seen out by Michael Hatton peppering the boundary to put 37 on in 35 deliveries, and fellow Manchester City supporter Jordan Elliott (12) carrying the bat at the other end sealing the victory for the home side, finishing the match 54/1.

Next week sees the 2s at Chapel-en-the-Frith who lost their first game of the season today to league leaders Dove Holes for a 2nd vs 4th match.

1 day ago
Today we welcome @NewtonCC under 11s. It's a lovely morning so come down and watch the youngsters who have made unbelievable progress already this year 🏏💪🔥
2 5
1 day ago
A fantastic day yesterday at Gorse Hall Road despite a disappointing result. Congratulations to @HazelGroveCC and good luck in the next round 🏆
1 6
2 days ago
Today we welcome @HazelGroveCC to Gorse Hall Road in the Hawke TROPHY 🏆. The weather looks great and the beer garden is open. BBQ in play. Come down and support the lads 🏏💪🔥 https://t.co/CGgFKFa75m
6 9 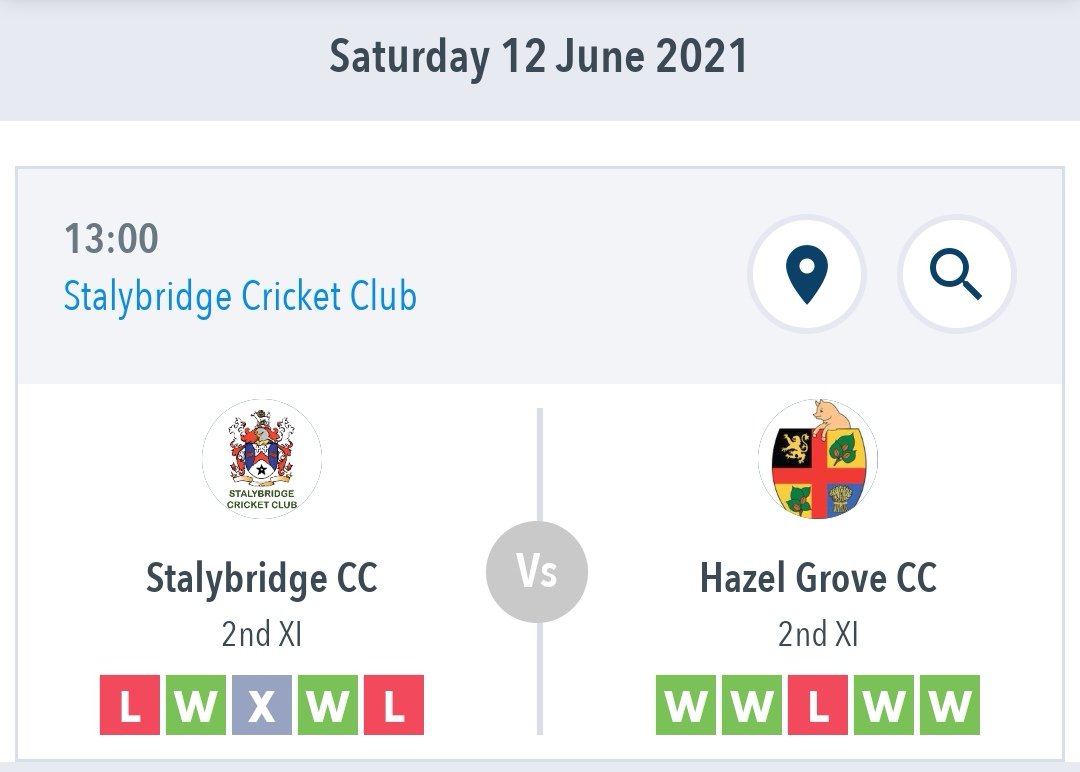 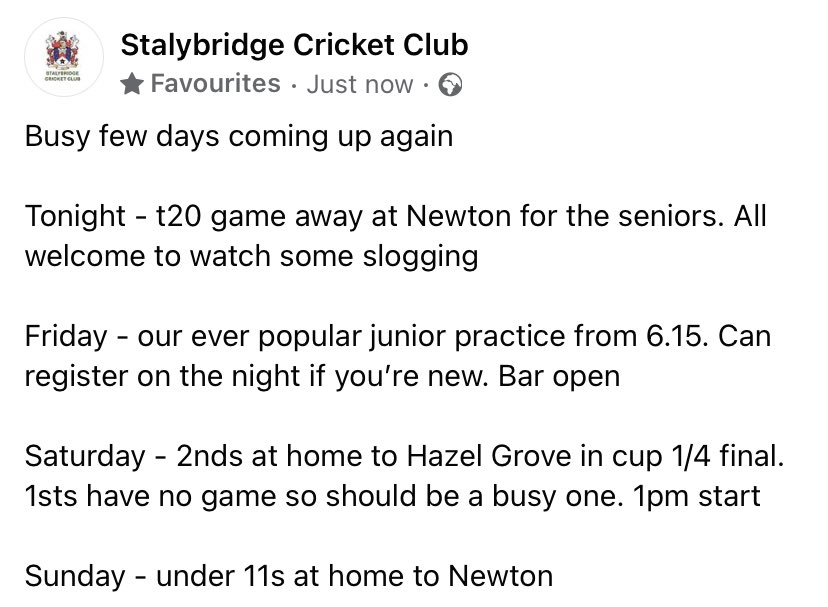 5 days ago
@nettyastley Thanks Netty. R u up Saturday to purchase at the bar? If not, we’ll definitely sort you out before draw time.
1
5 days ago
https://t.co/hADZ7E9F4N
5 7 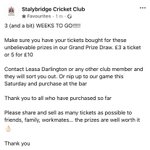 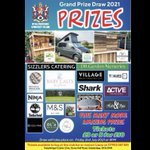 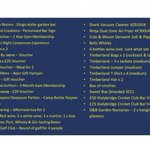 7 days ago
@Charlesworth_CC Congratulations @Charlesworth_CC it was a good game played in a good spirit. Our team really enjoyed it and we look forward to our next encounter 🏏👍
9 days ago
StalybridgeCC Retweeted 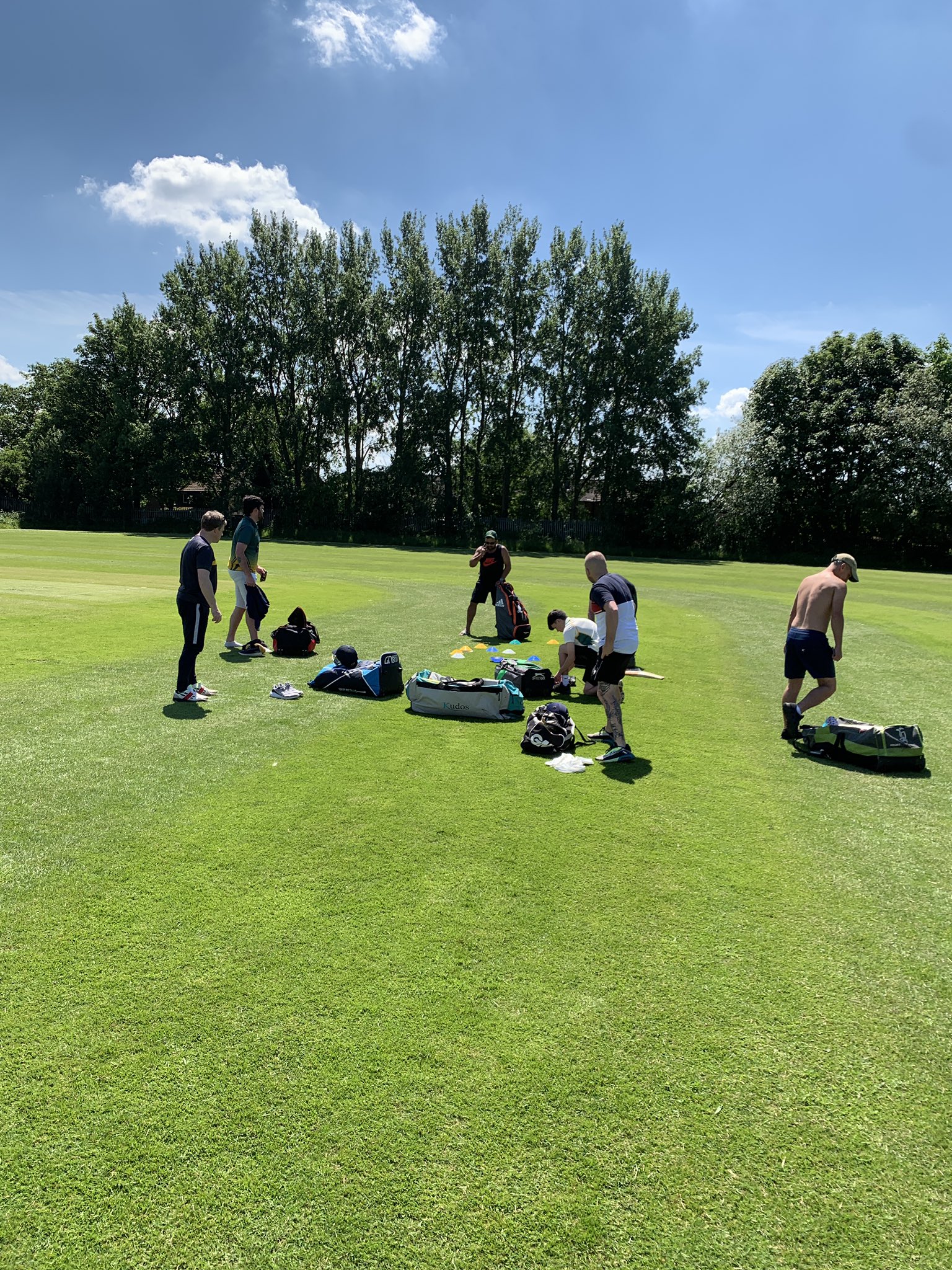